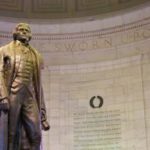 James Madison worked hard to get the Virginia Statute for Religious Freedom passed. His main opponent was Patrick Henry, who offered a counter bill. Henry delivered a series of speeches in favor of his bill. They were so powerful that they prompted Madison to write his “Memorial and Remonstrance Against Religious Assessments,” which met widespread approval and led to the Legislature passing the Virginia Statute for Religious Freedom.

This lesson explores the Supreme Court case Tandon v. Newsom (2021) regarding religious liberty.Throughout the COVID-19 pandemic, the state government of California along with many of its county governments placed restrictions on gatherings of people. One of their regulations had the effect of preventing more than three households gathering together at a time for any in-home prayer and Bible studies. Plaintiffs sued the state, arguing that these restrictions violated the First Amendment since many secular businesses were allowed to have more than three households of people within it at any time, and that therefore religion was being specifically discriminated against. The Supreme Court recently released a per curiam (unsigned) decision concerning the constitutionality of these regulations.

The First Amendment has two clauses related to religion: one preventing the government establishment of religion (the establishment clause) and the other protecting the ability to freely exercise religious beliefs (the free exercise clause). Students examine the First Amendment’s Establishment Clause: why it was included in the Bill of Rights, the issues it addresses, and how the Supreme Court has interpreted it over time.

Is a public school that refuses to let a religious club use its facilities violating the Free Speech Clause of the Constitution? This case summary shows how the Supreme Court answered that question in 2001.

Can the federal government seize a sacramental tea containing a Schedule I substance from a branch of a Brazilian church? This case summary shows how the Supreme Court answered that question in 2006.

In the 1630s, English puritans in Massachusetts bay colony created a self-government that went far beyond what existed in England. Some historians argue that it was a religious government, or theocracy. Others claim it was a democracy. Following the reading, in small groups, students investigate, discuss, and decide the question: Was the government in Puritan Massachusetts a theocracy, a democracy, or neither?

Under what conditions does the state’s interest in promoting compulsory education override parents’ First Amendment right to free exercise of religion? This resource is a case summary of Wisconsin v. Yoder, which tested the right of parents to withdraw their child from school for religious reasons. 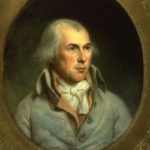 Does the Free Exercise Clause require states to fund religious instruction if providing merit-based college scholarships for secular instruction? This case summary shows how the Supreme Court answered that question in 2004.