In this lesson, students will view video clips explaining the Supreme Court case Marbury v. Madison. Students will analyze the significance of the case, the precedent it set and its legacy.

Phillip Hamilton’s “‘No Event Could Have Filled Me with Greater Anxieties’: George Washington and the First Inaugural Address” reminds us how precedent setting our first president was. Anxious that his lack of administrative experience might make his task as the executive of a new nation difficult, Washington nevertheless proved he was as expert at statesmanship as he was on the battlefield. Registration at the Gilder Lehrman Institute of American History is required to view this resource.

In its first constitutional challenge to the equal protection clause of the Fourteenth Amendment, the U.S. Supreme Court decided to hear a case brought by a Chinese immigrant, not an American citizen. Yick Wo believed city ordinances had been unfairly applied to him, so he challenged their constitutionality under the equal protection clause, and took his case all the way to the Supreme Court. 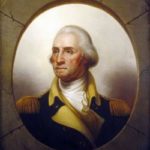 This short video highlights the crucial role played by George Washington in writing upon the “blank slate” of the Constitution. Washington was self-conscious about the importance of establishing principled precedents in his interpretation of Article II and what it said—or did not say—about the extent of executive power. According to Professor W. B. Allen, Washington was “conscious and deliberate” as he and his advisors gave meaning to the outline of the Constitution. 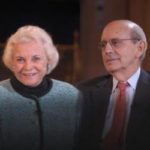 Justices Sandra Day O’Connor and Stephen G. Breyer talk to high school students about why we need a written Constitution and what it says about the U.S. Supreme Court and its rulings.