In a constitutional system of government, the role of the judiciary is essential for maintaining the balance of power, protecting individual rights, upholding the rule of law, interpreting the Constitution, and ensuring equal justice for all. In this lesson, students learn about the role of an independent judiciary in the United States.

The purpose of this lesson is to teach students about the significance of the Judiciary Act of 1789 in establishing a federal judiciary, and the power of judicial review as outlined by the landmark U.S. Supreme Court Case, Marbury v. Madison (1803). By the conclusion of this lesson, students will understand the key provisions of the Judiciary Act of 1789 and the structure of the federal judiciary, as well as the power of judicial review.

This short video from the U.S. Courts focuses on the importance of a fair and impartial judiciary. What does this concept mean to you? In this video, students question federal judges on these principles. 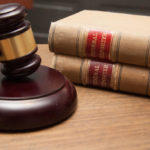 In this lesson, students learn about the judicial system, aka the judiciary. First, students read and discuss an article on the role, structure, and principles of the judiciary. Next, they participate in a Civil Conversation on the reading. In this structured discussion method, under the guidance of a facilitator (the teacher), participants are encouraged to engage intellectually with challenging materials. 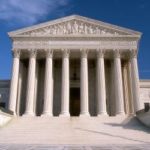 2018 is the 229th anniversary of the creation of the federal courts. What difference do they make in the daily lives of law-abiding teens? From that first check of the mobile device in the morning to the last newscast at night, decisions made in federal courts touch every aspect of daily life. Who are the judges making the decisions? How are they selected? What is their job description? What is an impartial judiciary? How was the federal court system created? 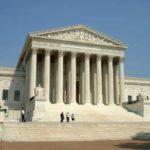 This activity presents students with a 1937 letter written by newspaper publisher Frank Gannett opposing President Franklin Delano Roosevelt’s plan to “reorganize the judiciary” (also known as his “court-packing” plan). Students will read and analyze this letter to understand Gannett’s perspective on this controversial issue.

U.S. District Court Judge Donovan Frank, of Minnesota, is featured in the latest installment of the Pathways to the Bench video series produced by the Administrative Office of the U.S. Courts to inspire and inform the public about the human face of the federal judiciary. In the series, individual judges talk about the personal, character-building challenges that have prepared them to serve on the bench. In this brief video, Judge Frank says that adversity has made him a better person and a better jurist.