This lesson looks at the women’s suffrage movement that grew out of the failing of the Continental Congress by “remembering the ladies” who are too often overlooked when teaching about the “foremothers” of the movements for suffrage and women’s equality in U.S. history. Grounded in the critical inquiry question “Who’s missing?” and in the interest of bringing more perspectives to whom the suffrage movement included, this resource will help to ensure that students learn about some of the lesser-known activists who, like Elizabeth Cady Stanton, Lucretia Mott, and Susan B. Anthony, participated in the formative years of the women’s rights movement. 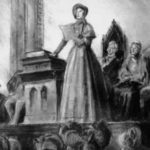 Elizabeth Cady Stanton (1815–1902) and Lucretia Mott (1793–1880), American activists for abolition of slavery and early activists for women’s rights, convened the first major conference on women’s issues in Seneca Falls, New York in 1848. Students will be able to: understand the meaning and central ideas of the Declaration of Sentiments; cite textual evidence to analyze these primary sources; and compare and contrast the meaning and structure of the documents.

In this activity, students will analyze documents pertaining to the woman suffrage movement as it intensified following passage of the 15th Amendment that guaranteed the right to vote for African American males. Documents were chosen to call attention to the struggle’s length, the movement’s techniques, and the variety of arguments for and against giving women the vote.

In this activity, students will analyze documents pertaining to the women’s suffrage movement as it intensified following passage of the 15th Amendment, which guaranteed the right to vote for African American males. Documents were chosen to call attention to the struggle’s length, the movement’s techniques, and the variety of arguments for and against giving women the vote. 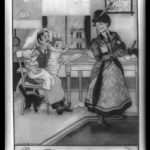 Students will work primarily with two American Memory Collections, Votes for Women – The Struggle for Women’s Suffrage and Votes for Women: 1848-1921, to understand how the suffragists of the early 20th century changed the requirements for voting in America. 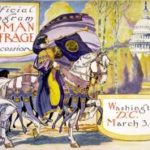