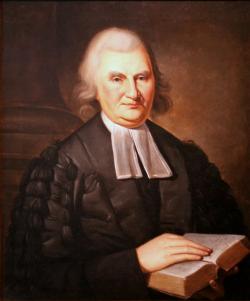 This short video reviews James Madison’s attitudes towards religion. Although he believed that religious belief was essential in a virtuous republic, he also was a religious libertarian for whom God alone was the “lord of conscience.” Professor Jeffry Morrison suggests that Madison’s Calvinist teachers (e.g., Dr. John Witherspoon) shaped his belief that government should be blind toward religion.