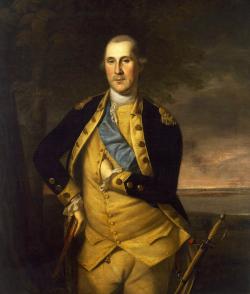 This short video examines the role played by George Washington in the defeat of the British during the American Revolution. From the moment he assumed command, Washington emphasized the importance of union to the war effort, in spite of challenges faced while commanding forces that were ill-fed, ill-supplied, and ill-served by the Confederation Congress. Professor W. B. Allen concludes that Washington’s leadership held both the military and the nation together during this tumultuous period.