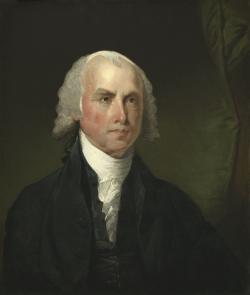 This short video tells the story of the “peculiar relationship” between George Washington and James Madison. Throughout their long years of collaboration, they were “intimate yet distant” in their common effort to create and sustain the American republic. Professor W. B. Allen emphasizes that, though their political differences ultimately led to estrangement, they remained united in their chief goal: making the Constitution work.