Home » Resources » Challenges to Ratification of the Constitution 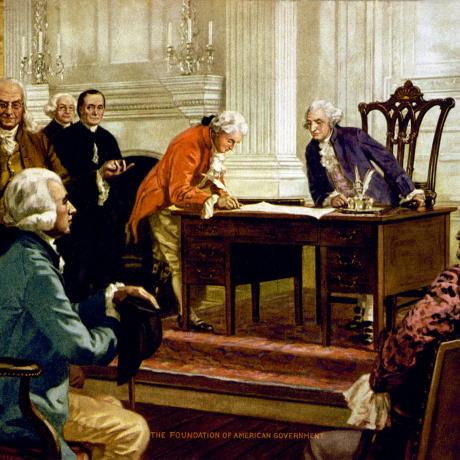 This video examines the need for and the challenges faced by the new Constitution. Delegates to the Constitutional Convention, originally an ad hoc gathering to revise the Articles of Confederation, quickly realized the need for a new political structure to strengthen the federal government. Professor John Kaminksi notes the role played by George Washington in legitimizing the Convention, as well as the significance of the decision to require ratification through conventions in 9/13 states.