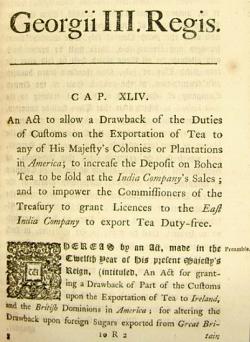 This short video examines the Boston Tea Party of 1773 as the critical event which transformed political discussion about British imperial authority into an active source of controversy. By the early 1770’s, British and Americans thought differently about the extent of Parliament’s power to legislate for the American colonies. Professor Jack Rakove notes that British punishment of Massachusetts for its defiance of the Tea Act precluded a peaceful resolution of the political controversy.