Trial by Jury is a right guaranteed by the Sixth Amendment of the Constitution. In this episode of Founding Fundamentals, we focus on the phrase “impartial jury,” also known as a jury of your peers.

Grades 9-12
Foundations of Democracy
Audio
Trial by Jury is a right guaranteed by the Sixth Amendment of the Constitution. In this episode of Founding Fundamentals, we focus on the phrase "impartial jury," also known as a jury of your peers.

Why is jury service important? What is the role of the jury? Jury service is the most direct way of participating in our democracy. In this video, students question federal judges from across the country on the basics of jury service.

Twelve Angry Men, originally written for television by Reginald Rose in 1954 and subsequently adapted for stage (1955), film(1957) and television again (1997), effectively conveys the central importance of the right to a jury trial afforded by Article III of the Constitution as well as Amendments V, VI, and XIV. 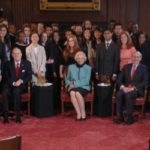 In America, the responsibility to protect individual rights and promote the common good ultimately rests with its citizens, not the government. When citizens participate in thoughtful and responsible ways, the welfare of our constitutional democracy is ensured. While most civic participation is voluntary, the call to serve on a jury is not. It comes as an order by the court. 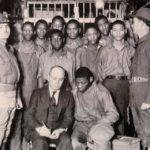 Students study select court transcripts and other primary source material from the second Scottsboro Boys Trial of 1933, a continuation of the first trial in which two young white women wrongfully accused nine African-American youths of rape.

Jury service is a way for U.S. citizens to participate in the judicial process. This resource provides information about juror selections, types of trials heard by jurors, and how judges and juries work together.

Jury service is an example of hands-on participation in democracy. In a five-minute video, 11 federal judges talk about jury service as an opportunity for citizens to be part of the judicial process that has an impact on daily life. The video, which deals with Constitutional principles and the practicalities of jury service, is part of the Court Shorts video series that includes installments on the rule of law and separation of powers.

Apply landmark Supreme Court cases to contemporary scenarios related to your right to counsel and your right to a fair trial in the Sixth Amendment.

Read the following descriptions in this quiz and decide who should be able to serve on a jury and explain why. After you have recorded your initial impressions, review them with another student. Working together, the class will draft a list of characteristics that they think would qualify someone to serve, then compare them to the actual qualifications.