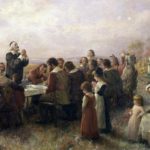 Thanksgiving is a venerable and much beloved American holiday. But what do we celebrate on Thanksgiving? In this ebook, we examine the meaning of Thanksgiving Day, with selections by American authors such as George Washington, Abraham Lincoln, Jack London, Langston Hughes, Sarah Orne Jewett and O. Henry, to name just a few. Each selection includes a brief introduction by the editors with guiding questions for discussion. Also features lesson plans and a model conversation. 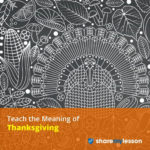 Find new ways to teach students about the meaning of the Thanksgiving holiday. Share My Lesson’s vetted collection includes free preK-12 lesson plans, activities, and resources that explore this traditional event from multiple perspectives, including a focus on indigenous peoples and studying endangered cultures. 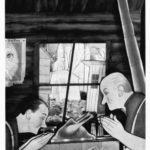 “Two Thanksgiving Day Gentlemen,” like so many of O. Henry’s other stories, is rife with irony, mocking humor, and his signature surprise endings. These qualities make it difficult to say with certainty what O. Henry is up to: is he satirizing the tradition of Thanksgiving, or is he showing us and celebrating its redeeming essence? This guide include background information about the author and discussion questions to enhance your understanding and stimulate conversation about the story. 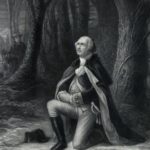 Materials for this guide include background information about George Washington and discussion questions to enhance your understanding and stimulate conversation about the proclamation. In addition, the guide includes a series of short video discussions about the story, conducted by Christopher DeMuth (Hudson Institute) with the editors of the anthology. These seminars help capture the experience of high-level discourse as participants interact and elicit meaning from a classic American text.

In the 1630s, English puritans in Massachusetts bay colony created a self-government that went far beyond what existed in England. Some historians argue that it was a religious government, or theocracy. Others claim it was a democracy. Following the reading, in small groups, students investigate, discuss, and decide the question: Was the government in Puritan Massachusetts a theocracy, a democracy, or neither?