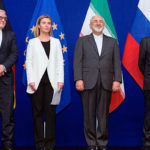 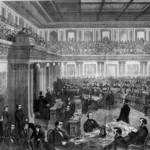 Historically, the United States House has only impeached two presidents, Andrew Johnson and Bill Clinton. However, neither president ended up being removed from office by the Senate. Share My Lesson has curated this collection of free lesson plans and resources to support educators in teaching students about what impeachment means, the history of impeachment, and how the impeachment process works.

Nixon resigned because of “Watergate”—a scandal that began with a bungled burglary and ended with criminal charges against his closest aides and demands for his impeachment. 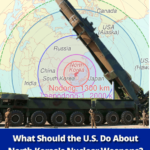 George Washington’s copy of the Acts passed at a Congress of the United States of America (New-York, 1789) contains key founding documents establishing the Union: the Constitution, the Bill of Rights, and a record of acts passed by the first Congress. In the margins, Washington wrote “President,” “Powers,” and “Required,” underscoring the responsibilities of the first Chief Executive. Learn more about this rare volume in the Fred W. Smith National Library for the Study of George Washington.

How did federal policy toward Native Americans change between the times of the Washington and Jackson presidencies? 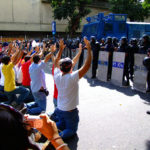 The United States historically had strong diplomatic and economic relations with Venezuela. Venezuela has the world’s largest oil reserves and is the third largest source of imported oil for the U.S. For decades, Venezuela was a democratic state. The positive relationship between the U.S. and Venezuela changed in 1998. Venezuelans elected Hugo Chavez president that year. His political program was known as Chavismo.

The founding of the United States government is intimately intertwined with George Washington’s own biography. This web page offers resources for teachers to use in their classrooms associated with Washington’s role in the creation of the government. Included are primary and secondary sources, as well as essential questions for teaching the founding, lesson plans and classroom ready activities.

This 8.5″ x 11″ poster maps the many steps in the U.S. Federal lawmaking process from the introduction of a bill by any Member of Congress through passage by the U.S. House of Representatives and U.S. Senate and approved by the President of the United States.