In the years leading up to the Civil War, the issue of slavery divided the Democratic Party and newly formed Republican Party. One of the most prominent Democrats was the U.S. Senator from Illinois Stephen Douglas. When he ran for re-election in 1858 against Republican Abraham Lincoln, the two men held a series of debates. In the activity, students read statements made by Douglas in the debates, discuss how Lincoln would respond, and create responses to each statement.

This lesson explores the use of executive power in times of crisis in relation to both the Constitution and the legislation of the time. Using exclusive primary source material from the National Archives at the Ronald Reagan Presidential Library, students will explore how President Lincoln, President Reagan, and President Obama utilized their executive power against the respective threats of their time. 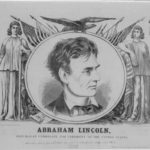 This lesson will examine Abraham Lincoln’s brief but insightful reflection on the importance of the ideal of individual liberty to the constitutional structure and operation of the American union. 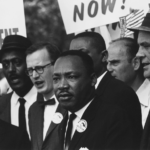 On August 28, 1963, approximately 250,000 people participated in the March on Washington for Jobs and Freedom, which is considered to be one of the largest peaceful political rallies for human rights in history. Among other events, the march participants gathered at the Lincoln Memorial to hear Martin Luther King Jr. deliver his iconic “I Have a Dream” speech. Many consider The Great March on Washington to be the event that encouraged the passage of the Civil Rights Act of 1964 and the Voting Rights Act of 1965. The Share My Lesson team has created this collection of free lessons and classroom materials to help middle and high school educators teach their students about this historic event.

In the real world, the ability of free blacks to enjoy their natural rights and exercise the privileges and immunities of citizenship depended on the states where they actually lived. When those states imposed a raft of legal discriminations on free blacks they cheapened the meaning of freedom and discounted the value of citizenship. I suspect this bothered Lincoln, but it wasn’t his issue. It would take other men and women, and another century of struggle, before “states rights” was abolished. Free registration for students and teachers required to access resource.

Teach your high school students about the constitutional legacy of George Washington, James Madison, Abraham Lincoln, and Ronald Reagan this Presidents’ Day. These free, ready-to-use lessons will engage your students in learning about these important presidents and how they shaped the history and Constitution of our nation. Each lesson was written and reviewed by scholars and contains questions to test student knowledge.