Students take a look at two political thinkers that spent a lot of time trying to answer the question, “Why Government?” – Thomas Hobbes and John Locke. This lesson combines our Influence Library entries on these men and adds activities that ask students to compare and contrast Hobbes and Locke and to think about how these philosophers influenced those that followed in their footsteps. This lesson is one in a series entitled “Foundations of Government.” 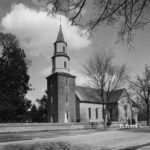 This lesson provides students an opportunity to use primary source documents as they examine the philosophical origins of the natural rights philosophy of consent using Federalist # 1. It also uses John Locke’s Second Treatise on Government and the Mayflower Compact. The idea is to show how consent and choice are enlightenment ideas for government a nd could be done in America. This gave America a pragmatic view of the Enlightenment rather than an ideological view. 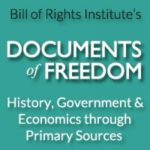 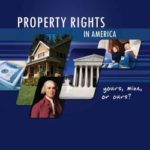 While most people think of property as land or a dwelling, the term has much more constitutional significance and touches almost every aspect of citizens’ lives. The Founders, influenced by English philosopher John Locke, believed property rights in one’s body and person to be the root of all rights – rights that governments are established to protect.