Using this resource, students will view short C-SPAN video clips exploring the background and different arguments surrounding the question over the current voting age. This deliberation has students learn about the history of lowering the voting age and explore the question: Should the voting age be lowered to 16? 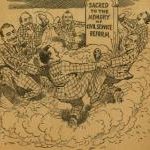 Filmed on a Constituting America Winner Mentor Trip, five young ladies share their thoughts on how to agree to disagree and how to have a discussion and still remain friends. Through personal experience these students have learned a lifelong lesson. Enjoy learning their lessons while you discuss yours. When watching you will see each person’s name, title and number. The number is their age. The title is the contest area they won in the We the Future contest. Check out the website for the contest information. Who knows maybe soon you will see your talent on the Civics Renewal Network and Constituting America!

This free curriculum unit from the New-York Historical Society considers what it meant to be American in the decades following World War I. Materials focus on the tensions caused by the social, economic, and political shifts of the era and how women took action on a broad array of issues.

This free curriculum guide from the New-York Historical Society explores the contested efforts toward full citizenship and racial equality for African Americans that transpired in the fifty years after the Civil War. Examining both the activism for and opposition to Black citizenship rights, the materials in this curriculum underscore how ideas of freedom and citizenship were redefined by government and citizen action, and challenged by legal discrimination and violence.

In 1745, a young George Washington copied down a set of rules in his workbook. His aim was to learn how to properly conduct himself in society. He took his examples from the writings of a 16th-century Jesuit priest. The rules Washington recorded still resonate today as we learn how to navigate the health crisis the world is now facing while trying to maintain civil behavior. 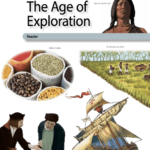 If there’s one gadget nearly impossible to live without in the 21st century, it’s the cellphone. Most of us keep one on us at all times, and a recent survey showed that for a majority of 18-34 year olds giving up their smartphone would be the hardest possession to live without. But is it really YOUR smartphone?