“Federalism” is the word used to describe the Constitution’s system of dividing political power between the national government and the states. What is federalism and how does it work? Why did the founders build federalism into our constitutional system and what are the modern debates over federalism today? Explore the National Constitution Center’s Federalism learning module to learn more!

Instead of placing authority in the hands of one person, like a king, or even a small group of people, the U.S. Constitution divides power. Power is first divided between the national, or federal government, and the state and local government under a system known as Federalism. At the federal level, the Constitution again divides power between the three major branches of our federal government: the legislative, the executive, and the judicial. Discover the battles of the branches in the National Constitution Center’s learning module.

Teachers can use this lesson as a supplemental resource in their federalism unit, their Supreme Court unit, or their civil rights and civil liberties unit to help students understand how some rights apply to the states and others don’t. This lesson includes a video from Sal in which he describes the basic concept of selective incorporation, a video about McDonald v. Chicago in which Kim interviews Alan Gura and Elizabeth Wydra about the facts and outcome of the case, and practice questions aligned to the new AP Government and Politics exam.

A tug of war, a balancing act, two dancers dragging each other across the floor. This is the perpetual ebb and flow of power between the states and the federal government. How can things be legal in a state but illegal nationally? Are states obstinate barricades to federal legislation? Or are they laboratories of democracy?
This short episode includes a one-page Graphic Organizer for students to take notes on while listening, as well as discussion questions on the back side.

Saul Cornell, from Fordham University, and James Basker, the president of the Gilder Lehrman Institute, discuss anti-federalism and dissent in constitutional history. Anti-federalists were advocates against the ratification of the Constitution.

The objective of this lesson is to help students realize that the Constitution does affect them and have them come to the conclusion that they have to be an informed citizen and be careful of the sources they use to do the research.

History is the chronicle of choices made by actors/agents/protagonists in specific contexts. This simulation places students at the opening of the Constitutional Convention and asks them to deliberate on the overarching question delegates faced at that moment: Should they propose alterations to the Articles of Confederation, or should they construct an entirely different plan that would supplant the Articles? By engaging with this momentous issue, students will understand the enormity of the “revolution in favor of government” that occurred in 1787. 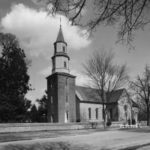 This short video explains why the Constitution is silent on religion. The Founders believed that religion was a matter best left to the states. As Professor Jeffry Morrison notes, the Founders were not unconcerned about religion, but a belief in federalism led them to allow individual states to make decisions about religious matters.

This case summary provides teachers with everything they need to teach about Gibbons v. Ogden (1824). It contains background information in the form of summaries and important vocabulary at three different reading levels, as well a review of relevant legal concepts, diagram of how the case moved through the court system, and summary of the decision. This resource also includes five classroom-ready activities that teach about the case using interactive methods. High school level also available.