In this Presidents and the Constitution eLesson we examine how the conflict between Andrew Johnson and the Congress regarding reconstruction plans after the Civil War led to the nation’s first impeachment of a President.

Use this classroom-ready lesson to examine free-expression issues surrounding a controversial speaker invited to appear at UC Berkeley. We provide questions to help guide your students on if and when offensive speech should be banned, and what are the competing groups and interests.

In the course of this lesson, students will consider the point where respect and freedom of expression intersect. For homework the night before, students are asked to review the language of the First Amendment, as well as examine their definition of respect by responding to a writing prompt. The next day, students are asked to consider five controversial instances of “free speech” and participate in a discussion that attempts to draw the distinction between: private versus government action regarding speech; rights of the speakers and rights of the listener; and right to free speech and responsibility to act or speak with respect. What role does freedom of expression play in maintaining a free and open society? 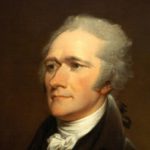 This series of activities introduces students to one of the most hotly debated issues during the formation of the American government — how much power the federal government should have — or alternatively, how much liberty states and citizens should have.

By tracing the U.S. federal system of government to its roots, established by America’s Founding Fathers in the late 18th century, student examine the controversial issue of state sovereignty versus federal power. Students compare the Articles of Confederation to the Constitution, analyzing why weaknesses in the former led to the creation of the latter. Then they examine the resulting system of government formed by the Constitution.

The lesson begins with students lined up in the front of the room. They are presented with a series of searches/seizures. If they believe the search/seizure was lawful, they step forward; if they believe it to be unlawful, they step backward. Next, students break into four groups. Each group is responsible for focusing on searches/seizures in a specific setting: at school, at home, in cars, or in public. The groups reconvene and present their ideas and findings to the rest of the class.