Does the Illegal Immigration Reform and Immigrant Responsibility Act violate the due process clause by suspending habeas corpus or limiting access to the courts? This case summary shows how the Supreme Court answered that question in 2001.

Does a court-issued restraining order create a property interest which is protected by the Due Process Clause? This case summary shows how the Supreme Court answered that question in 2005.

Is a suspect’s right against self-incrimination and to due process violated if he is subjected to coercive questioning while in custody, even if his statements were never used against him? This case summary shows how the Supreme Court answered that question in 2003.

Does a Chicago ordinance issued to lower the amount of gang activity through arrests of loiterers violate the Due Process Clause? This case summary shows how the Supreme Court answered that question in 1999.

Does the Immigration and Nationality Act, requiring detention without bail of aliens, violate the right to due process? This case summary shows how the Supreme Court answered that question in 2003.

Twelve Angry Men, originally written for television by Reginald Rose in 1954 and subsequently adapted for stage (1955), film(1957) and television again (1997), effectively conveys the central importance of the right to a jury trial afforded by Article III of the Constitution as well as Amendments V, VI, and XIV. 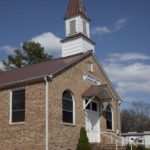 In this lesson, students will perform a comparative close reading of select informational texts from the Scottsboro Boys trials alongside sections from To Kill a Mockingbird. Students analyze the two trials and the characters and arguments involved in them to see how fictional “truth” both mirrors and departs from the factual experience that inspired it.