This activity is designed to help students understand the debates at the Constitutional Convention in 1787 that shaped America’s legislative branch of government. The primary goal is for students to discover how a compromise balanced the needs of large states and small states and how this led to the
creation of the current House of Representatives and Senate. In contrast to the real convention, this activity is simplified and focused to come to a conclusion in a class period. 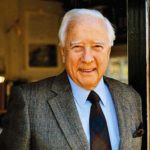 Author and historian David McCullough discusses why the Constitutional Convention nearly failed before it began. What role did fear play in the Convention being called? From where did the fear most stem – Shays’ Rebellion, mounting state debts, inflation, or international piracy?

History is the chronicle of choices made by actors/agents/protagonists in specific contexts. This simulation places students in the midst of the Constitutional Convention, after the Committee of Detail has submitted its draft for a new Constitution on August 6. With that draft’s concrete proposals on the floor, students will ponder questions such as: Is this the Constitution we want? Are the people adequately represented? Are the branches well structured? By engaging with these questions mid-stream, before the Convention reached its final conclusions, students will experience the Constitutional Convention as process, a supreme example of collective decision-making.

The purpose of this lesson is to engage students in a discussion of the Constitutional Convention. Students will explore the key disputes that arose during the convention, including most prominently how power would be divided between the federal and state governments and the various branches of government. Furthermore, students with understand the importance of compromise during the Constitutional Convention.

In the summer of 1787, delegates gathered for a convention in Philadelphia, with the goal of revising the Articles of Confederation, the nation’s existing governing document, which wasn’t really working. Instead, they wrote a whole new document, which created a revolutionary form of government: the U.S. Constitution. Read more about the summer of 1787 in the National Constitution Center’s learning module.