Students will learn about the meaning and history of the Fourteenth Amendment through this timeline and collection of primary sources. 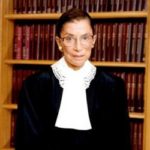 Thurgood is a production of the critically acclaimed one-man play starring Laurence Fishburne as Thurgood Marshall, a civil rights pioneer and the first African American to serve on the U.S. Supreme Court. The play recounts the milestones in the life and career of Marshall. Educators are required to register online to receive a personalized link to the video.