Home » Resources » Lesson Plan for Aria: A Memoir of a Bilingual Childhood by Richard Rodriguez 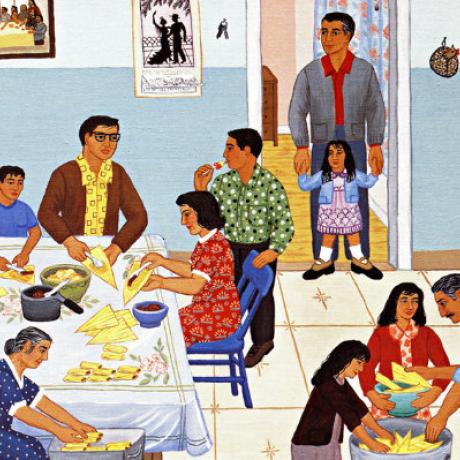 This lesson is designed to be used in a unit on immigrant experiences or integration of peoples, but it can easily be adapted for general discussions on characterization and character changes in a story. The son of Mexican immigrants, Richard Rodriguez grew up in a mixed-race neighborhood in California. In this opening chapter of his autobiography, Hunger of Memory, Rodriguez describes the tensions of navigating the Spanish-speaking world of his home and the English-speaking world of school.

http://www.whatsoproudlywehail.org/lesson-plan-for-aria-a-memoir-of-a-bilingual-childhood-by-richard-rodriguez
View Resource
Resource provided by What So Proudly We Hail